Take a look at the video of a flight attendant that started a pillow fight on an altitude of 20.000 feet 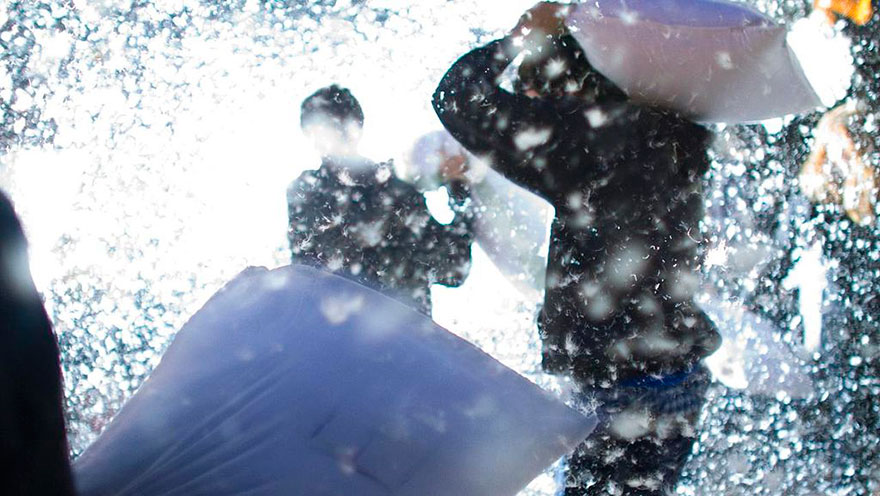 Here you can watch the video of the pillow fight: