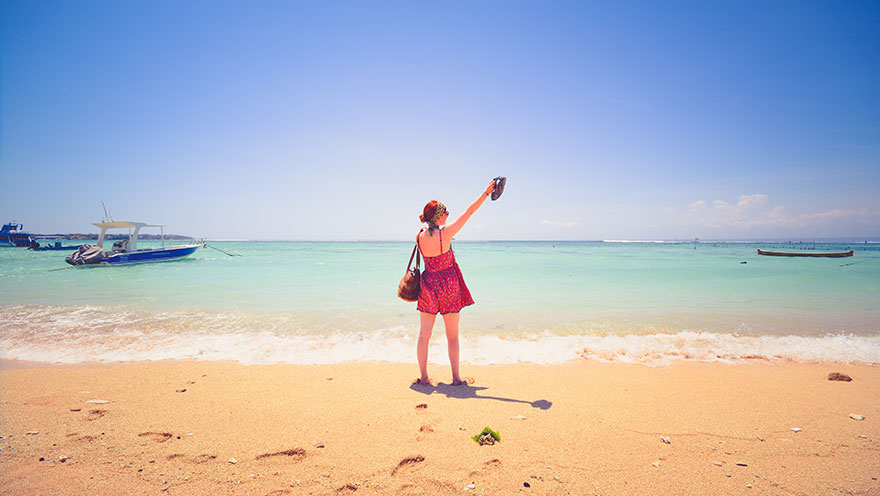 It’s well known that pilots and flight attendants are among the most glamorous jobs one can have, thanks to all the exotic places that they visit when they are off duty. They often share photos of their adventures on social media and they give a glimpse on what goes on when the passengers aren’t around.

More than 1.5 million photos have been posted on Instagram, Twitter and Facebook where pilots and flight attendants can be found in funny situations and beautiful places. The photos are usually posted under various hashtags like #crewlife, #cabincrew or #flightattendant.

QantasLink’s pilot Tom Cross from Sydney has more than 50.000 followers on Instagram thanks to the beautiful pictures he posts from his cockpit and the places he visits. He has become so famous that passengers recognize him at the airport and ask to be photographed with him. Some of the photos have more than 5.000 likes and Cross is considered the unofficial ambassador of his airline company.

As an airline employee you have the privilege of flying at very little expense or even for free.

Stewardess Jeanerys de Santiago posts fascinating photos from various locations like Mexico and Madrid. She started using social media to stay in contact with her family and friends, but since then her profile has grown, and now lots of people follow her to get a glimpse in the life of a flight attendant. “This work offered me the chance to explore new cities and learn about different cultures. I’m very happy with my career, I’m getting promotions and bonuses. As an airline employee you have the privilege of flying at very little expense or even for free. When you are on duty you take breakfast in New York, you dine in London and already the next day you are in Bogota.” , said De Santiago.

Stewardess Sarah Steegar writes a column for FlyerTalk and uses Twitter to educate both passengers and cabin crew. She writes both about the good and the bad side of a cabin crew job, she says it helps her relax during long shifts.

If you want to get a glimpse in the adventurous life of cabin crews check out our lifestyle section or start following the various cabin crew hashtags on social media.