Rubio, a beautiful mixed breed dog waited for six months for his flight attendant before being adopted by her 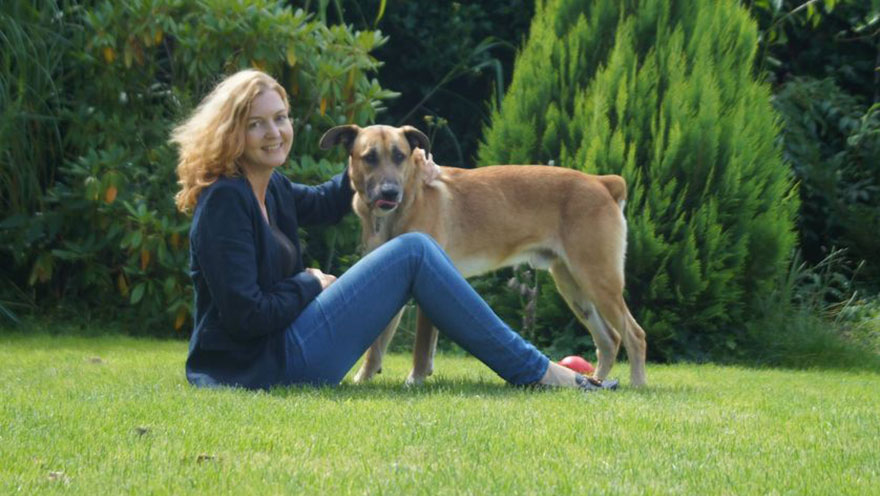 Olivia Zifiers, a flight attendant from Germany adopted a dog that was tirelessly waiting for her outside a hotel in Argentina. Their story began more than half a year ago, in a park in Buenos Aires. That was the first time the flight attendant working for Lufthansa met Rubio, when she shortly played with him and gave him some food. The dog followed her to the hotel where she was staying and decided to wait for her there.

The sight of Rubio waiting for her broke her heart

Olivia flight schedule frequently took her from Berlin to Buenos Aires and Rubio was waiting outside the hotel for her every single time. The sight of Rubio waiting for her broke her heart and she found a family in Buenos Aires that was willing to adopt him. However, shortly after, Rubio ran away and continued to follow her the next time she came. After all the love and devotion Rubio had shown Olivia she couldn’t do anything else than adopt him and bring him to Germany. Her action received loads of positive attention on social media and Rubio became a little star on the internet.